Who is Zara Larssons ex boyfriend? And why did they broke up? 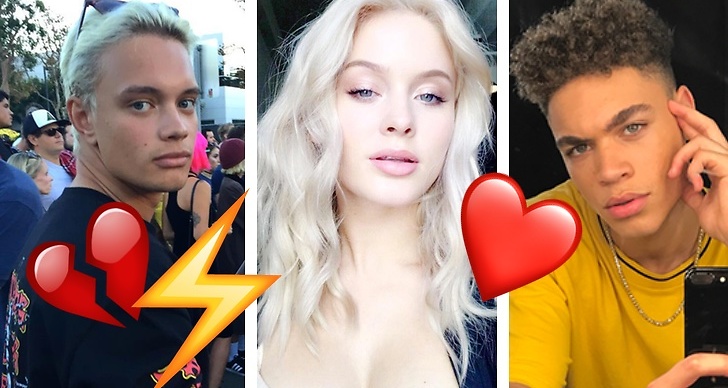 Zara Larsson and her ex boyfriend Ludwig Kronstrand get real about their break up – and this is what really went down.

Zara Larsson's and her ex boyfriend, Ludwig Kronstrand's, relationship has now come to an end.

After Ludwig spilled about the details of their break up in his podcast "Noel and Ludwig", the drama has escalated quickly. So let's start there, with his version of the story.

According to him, the beginning of the end started in September 2016. 1. Zara insisted on an open relationship with her ex Ludwig, then traveld to the US

Before Zara went across the pond to the US, she told Ludwig that they should be able to sleep with other people and have an open relationship. Ludwig was fine with that. He says that Zara had one condition; that they could do whatever, with whoever, as long as there were no emotions involved.

2. Ludwig fell in love with another girl

He asked no further questions about it. Said and done, he sleept with other people. But after a while he met a person who he started to care for and eventually, he fell in love. Ludwig's emotions for the other girl started to grow and he and Zara didn't talk very much on the phone.

When Zara eventually got home, Ludwig couldnt stop thinking about this other girl, and that he rather wanted to see her. Everything was still going steady with Zara, even though he had emotions for this other girl.

4. Ludwig traveled to LA with his new crush behind Zara's back

During oktober Ludwig and his friend (and Zara's former podcast colleague) Noel Flike traveld to Los Angeles to hang out with the new girl that Ludwig had been seeing, and her friends. 5. Ludwig broke up with Zara

After the vacation he met up Zara back in Sweden. Ludwig told Zara that he didn't think it was going to last and that he did no longer wanted to be with her. He kept his feelings for this new girl a secret though, because he didn't want to hurt Zara or tell her about his emotions before he was sure of what he actually was feeling.

6. Zara found out that Ludwig had been lying to her

But, as always, the secret about Ludwig's love affair was reveled. And Zara was not happy about it. Not just because he broke their rules, but also because she had to hear it from her friend – and not him.

7. Zara and Ludwig started to fight

The couple started to fight and according to the ex Ludwig, Zara posted pictures to mock him om her various social media accounts.

8. They made up and were about to try again. But they failed.

Later on, when Zara came home again, they started to talk about seeing each other again. But Ludwig says now that he noticed that something was wrong, and it turned out that Zara was seeing someone new. And her new boyfriend was no one less than the British model, Brian Whittaker.

Ludwig states that he is fine, but he feels sad that they can't be friends anymore after being together for almost four years. And even though it hurts, he is happy for her and he will always have her back.

And now to Zaras version, that is a bit different...

Zara just responded to Ludwigs story, saying that she is tired of him, and that he was cheating on her with another famous singer from Sweden. Read more about her story here.

Zara Larssons respond to her ex boyfriend: "He was cheating"

Zara Larssons ex boyfriend had a secret romance behind her back

Zara Larssons ex boyfriend reveals why they broke up